Alternative input devices for the generation or control of musical events exert a fascination on me. I also have a Tenori-On from Yamaha, which is rather disappointing as a sample player, but shines as an input device with a new operating structure (or better: lights up…)

Around 2003 I developed a data glove that has a direct midi output and outputs the finger curvature as controller value.  You can set a minimum and maximum for that finger and reverse the direction of the exaltation, i.e. the value is then e.g. higher when the finger is bent or stretched in the other direction. This allows you to set whether a fist, e.g. everything is muted or whether this is done with the stretched fingers, depending on your preference.

Here is a Flash demo

Schneider’s office, very well known as a dealer for everything that makes analog sounds or “corks” them, invited me to present the glove at the Musikmesse Frankfurt in April 2004 at their booth. Luckily there was also my old buddy Dieter Döpfer with his grandiose A-100 module system, which I immediately approached via a midi-to-CV interface. I wore a midi transmitter on the glove, all powered by batteries, so I could “knead” sounds wirelessly.

Here is a picture of it: 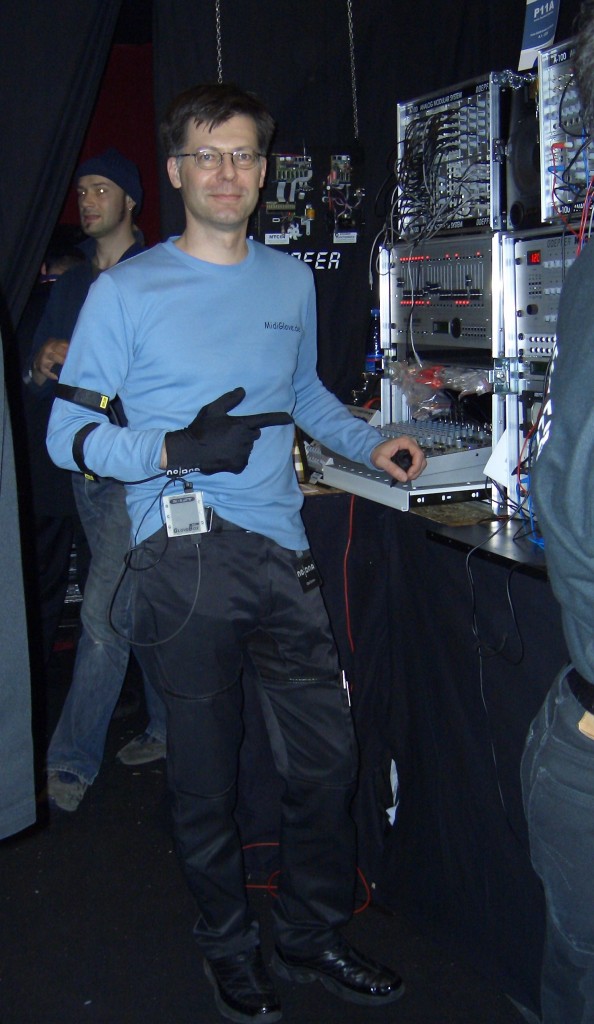 After the Music Fair I had many contacts from musicians who would like to use the glove, but it was too expensive to produce. For a few years I built the glove in series, it can also measure individual finger links, pressure at the fingertips, hand tilt. The DataGlove can still midi, even gesture recognition and transformation of gestures in midi, but is actually only used in industry and in VR laboratories. It’s a pity, but I understand it’s too expensive.

In the meantime, I no longer produce DataGloves for third parties, only for myself. By the way, I also built complete data suits (see technology section) and midi shoe soles. 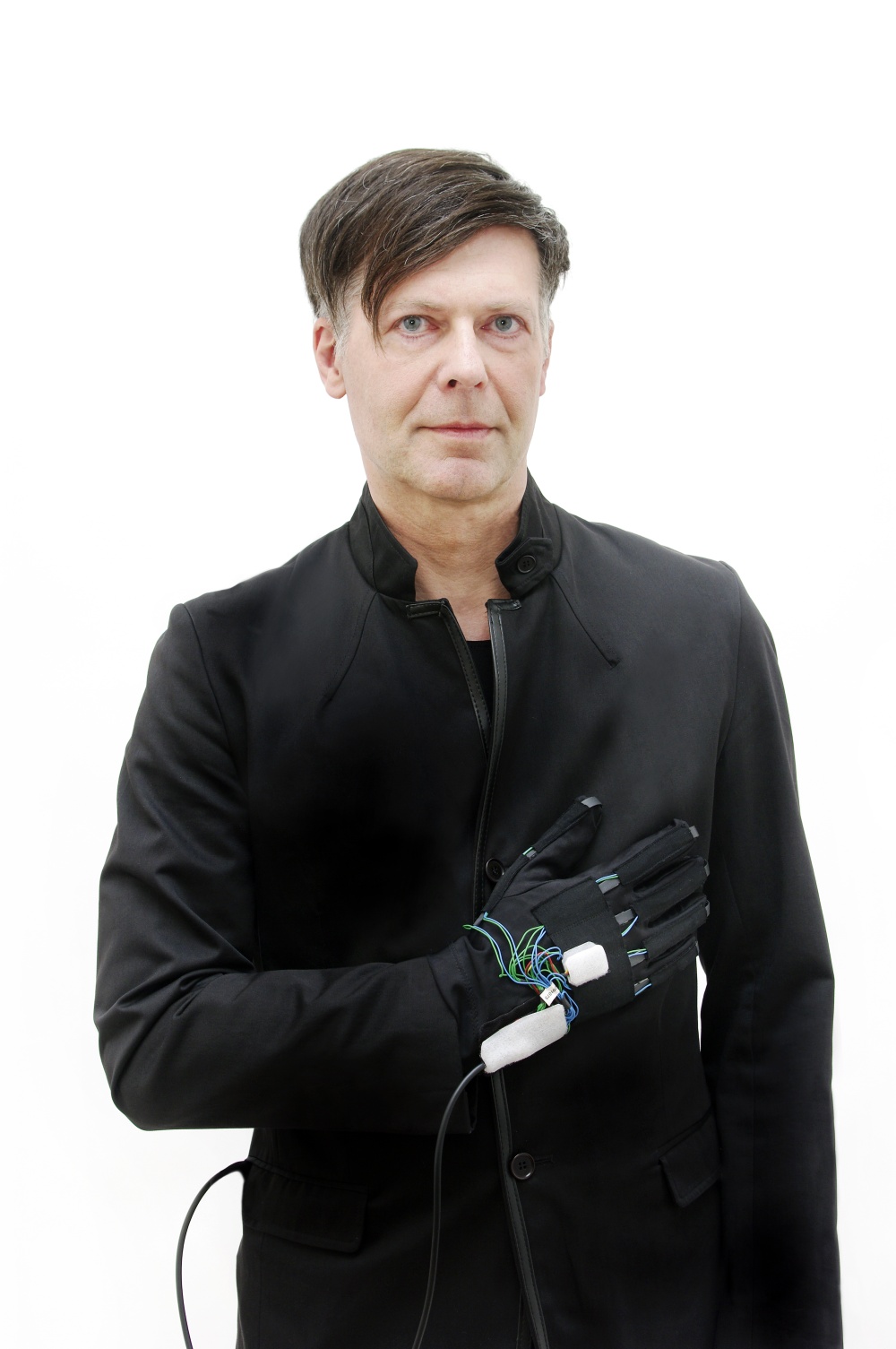