Originally intended as a complement Strange Attractor 1 this piece has developed quite differently.
The painter and counter-reformer Wolfgang Petrick approached me and asked if I would like to compose the soundtrack to the video of his exhibition at Art Collection Falckenberg (Hamburg-Harburg, Germany).

The result is a twelve-minute sound experience that supports the images of the video, but also develops its own dynamics. The sounds are rather dark and expansively chosen, which is due to the motifs that Wolfgang Petrick depicts and processes. In addition, there is a sequential element (which refers to the sequential yet varied elements in Petrick’s works and also the hanging during the exhibition) and in the end everything dissolves into noise and crackling (a side wink on the straight tsunami in Japan and the Fukoshima nuclear disaster). Wolfgang Petrick also takes a strong reference to disasters in his works, he was in New York on September 11th 2001. 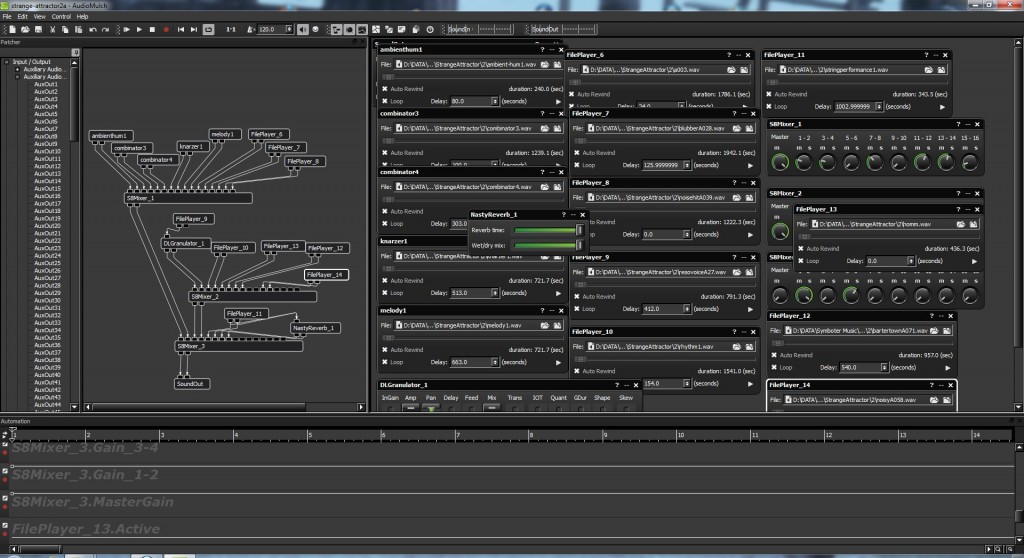