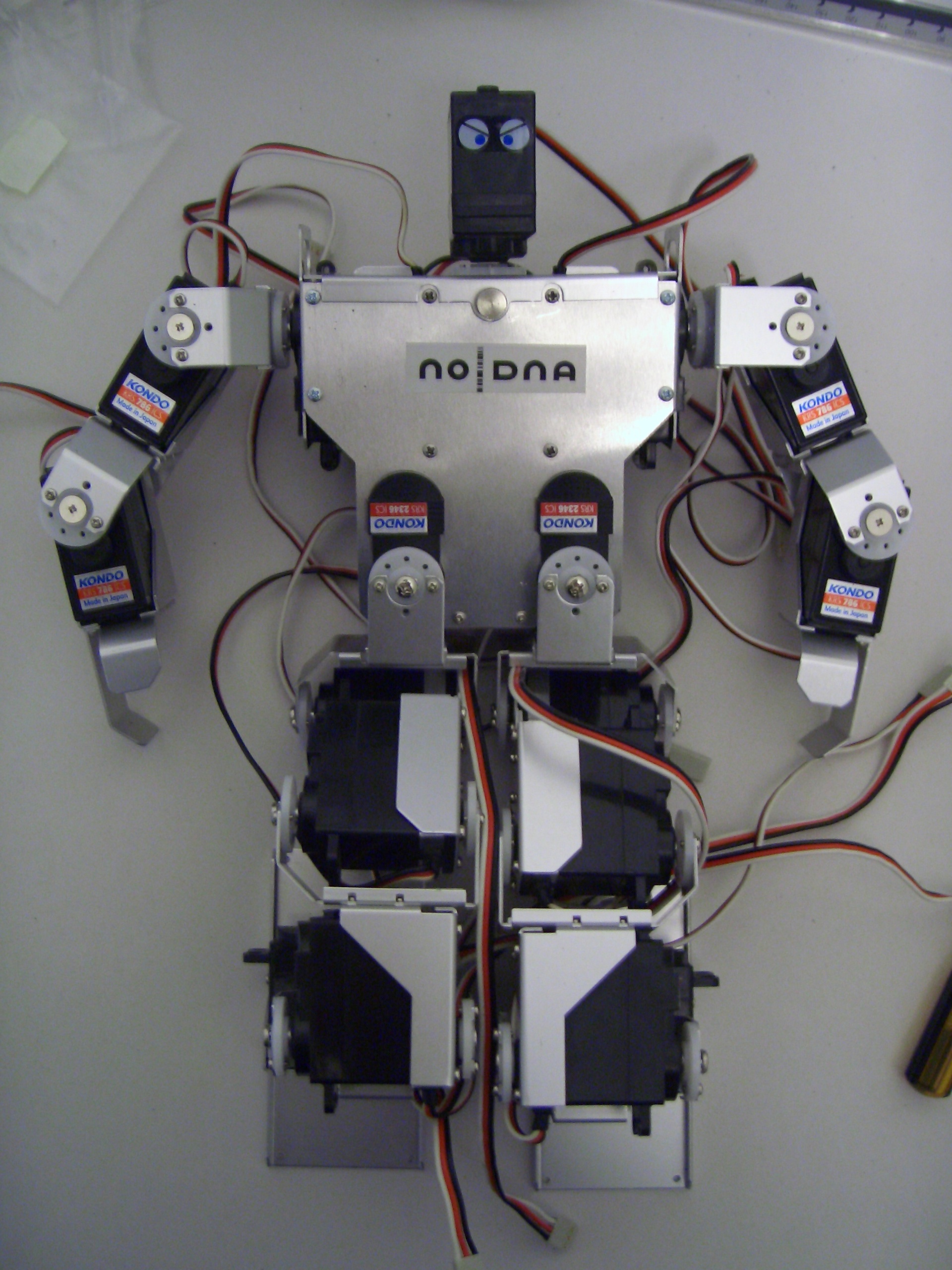 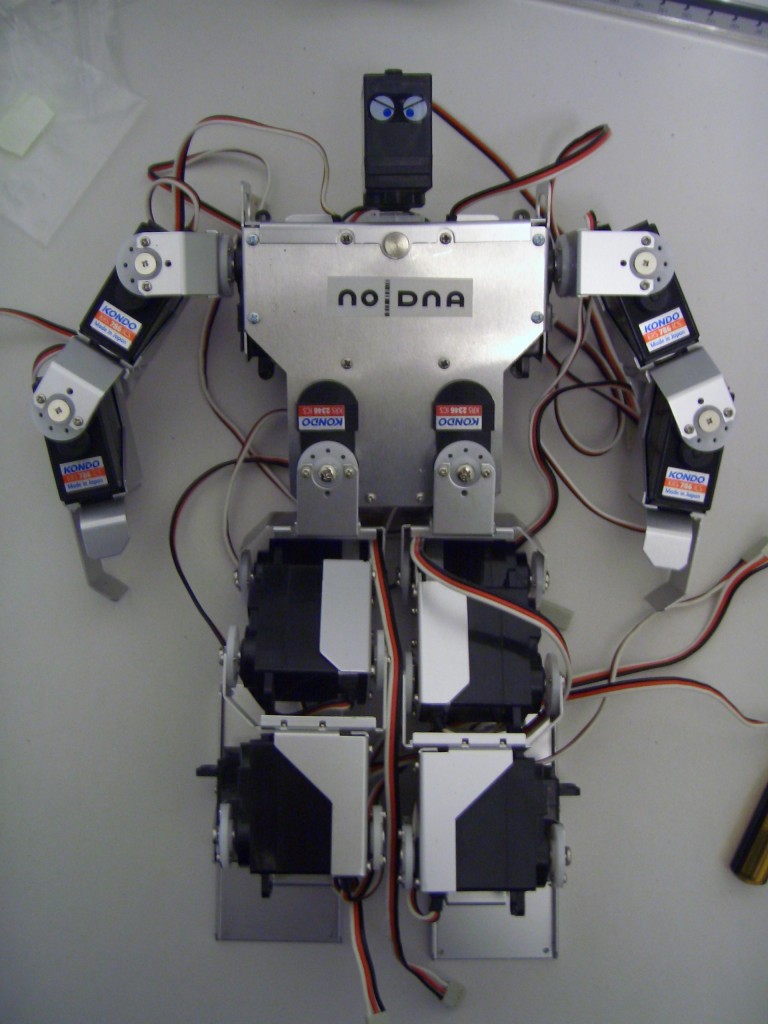 As you know the Kondo KHR-1 Humanoid Robot has KRS 784 (blue) or KRS 786 (red) servos with 8,7kg torque at 6V. This is barely enough to carry himself. It is not enough to carry payload or stand on one leg.

This is what this topic is about. It is all about making the KHR-1 stronger

Servos:
first I had to decide which servos to choose. To keep most of the parts of the KHR-1, I decided to look for servos of pretty much the same shape and size. Also they must run with 6V and should be compatible with H2H and RCB-1 boards. Then they should have the digital position feedback for H2H teach in.
I checked Kondo servos, saw the KRS2346, found out they have been replaced by the KRS 2530. These servos offer 20kg/cm torque at 6V, have 180 degrees turn, metal gear and ball bearings, all at about 60gr per servo which is only a bit heavier as the standard KRS 786 servo.
Everyone who has already the KRS786 servo knows you might want to replace the standard reisin gears by the metal gears, but then the metal gears are only two of four gears. In the KRS 2350 all gears are metal, the final gear is metal too (where the hone sits). I like that. 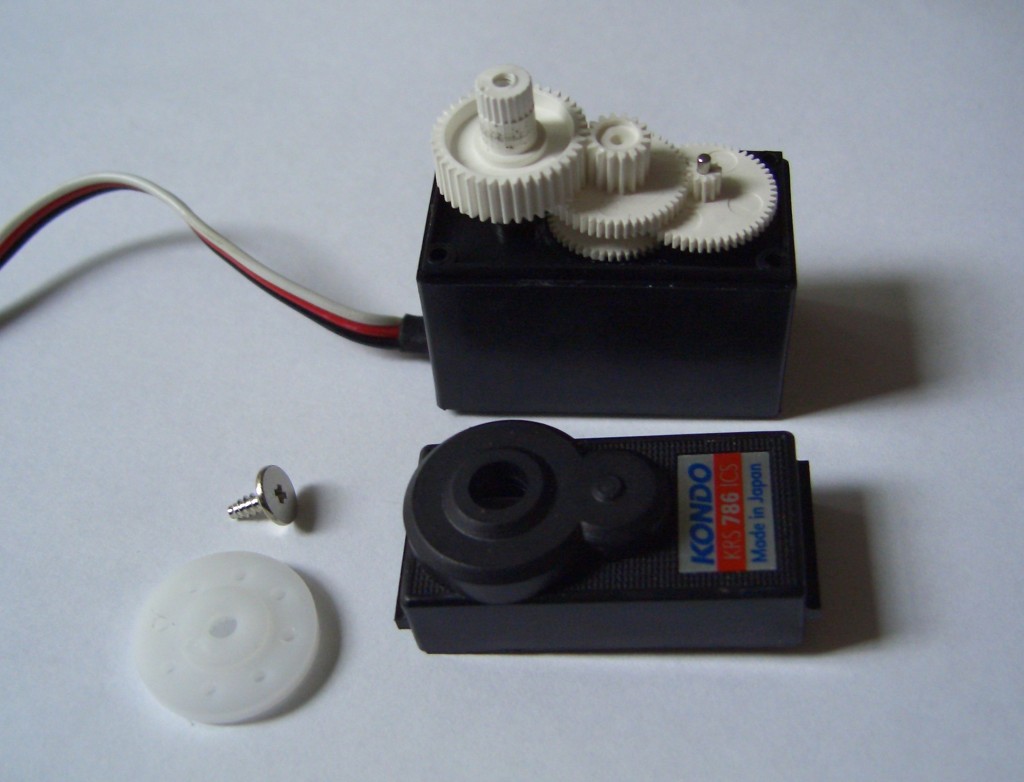 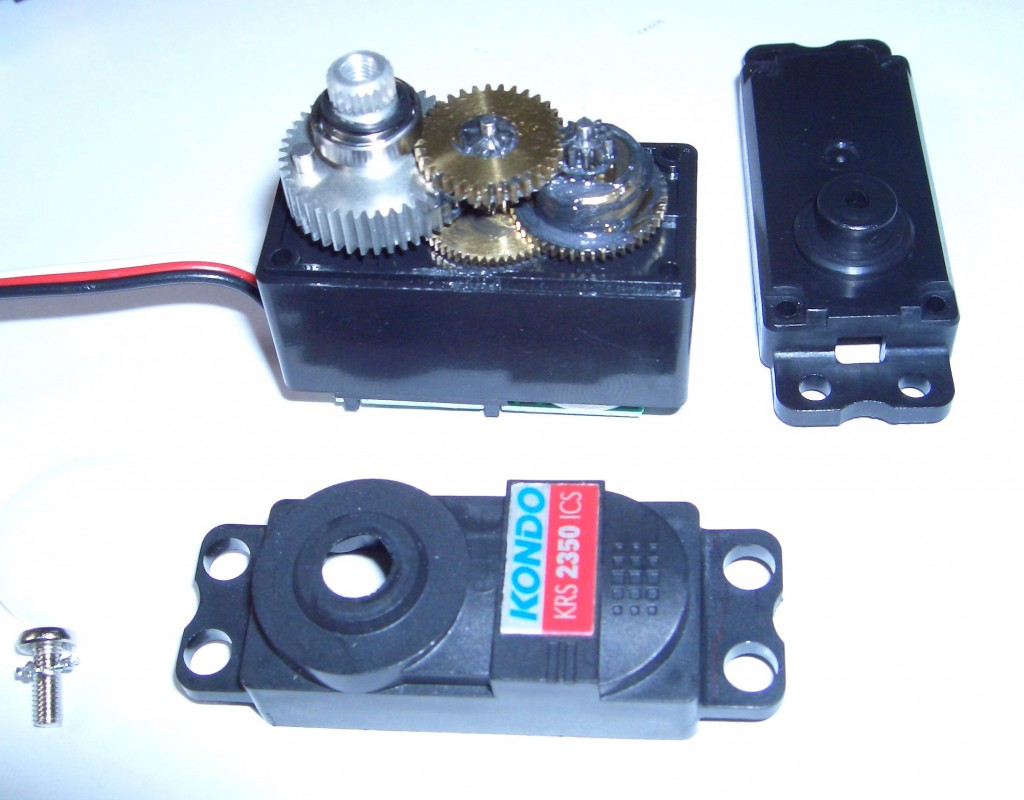 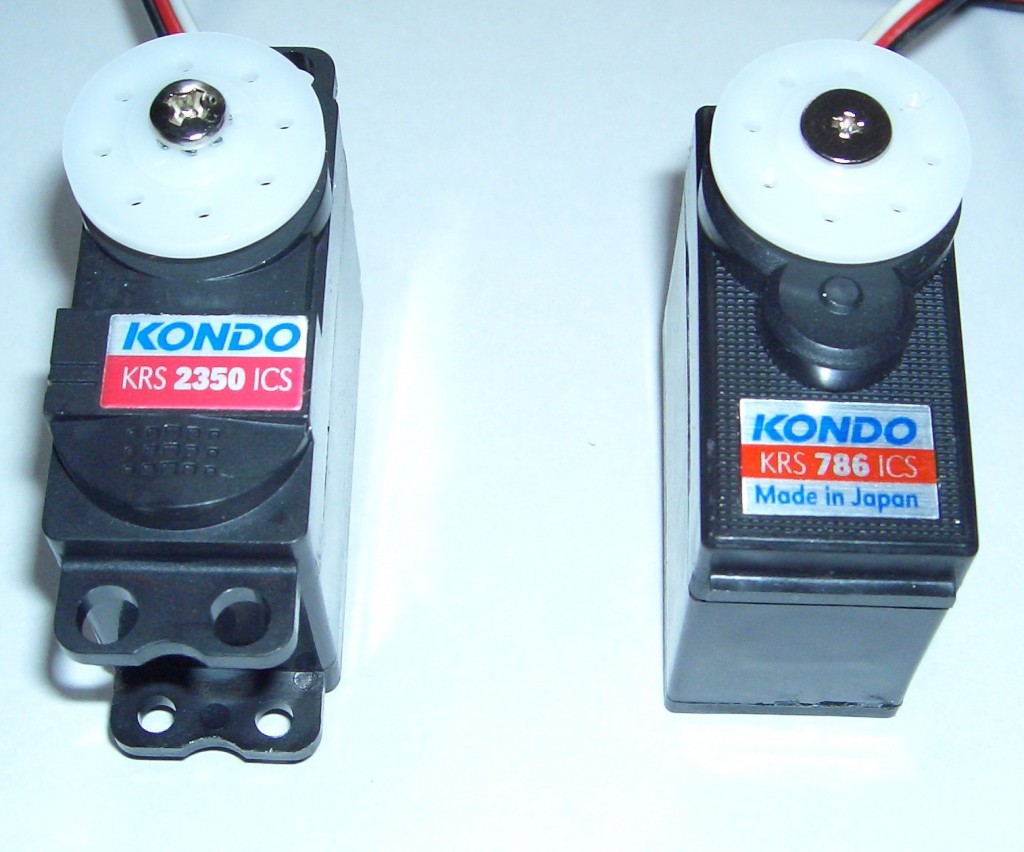 You see the the different shape of the top? This leads to a redesign of the shoulder mount and chest frontplate, done here: 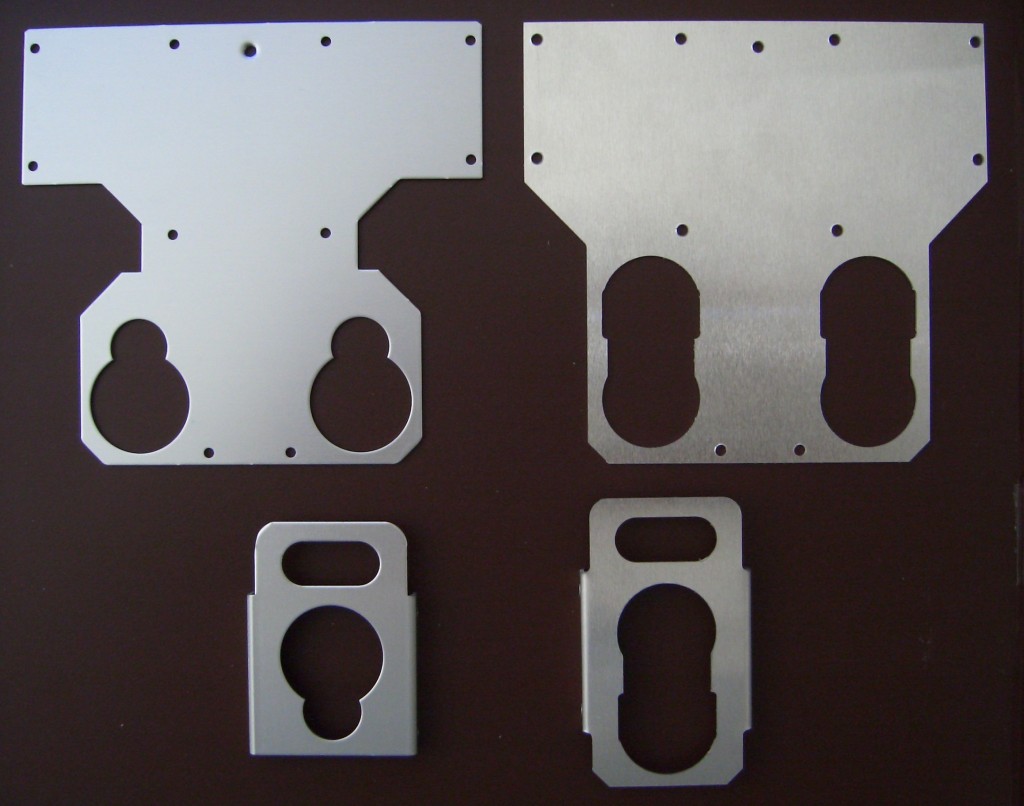 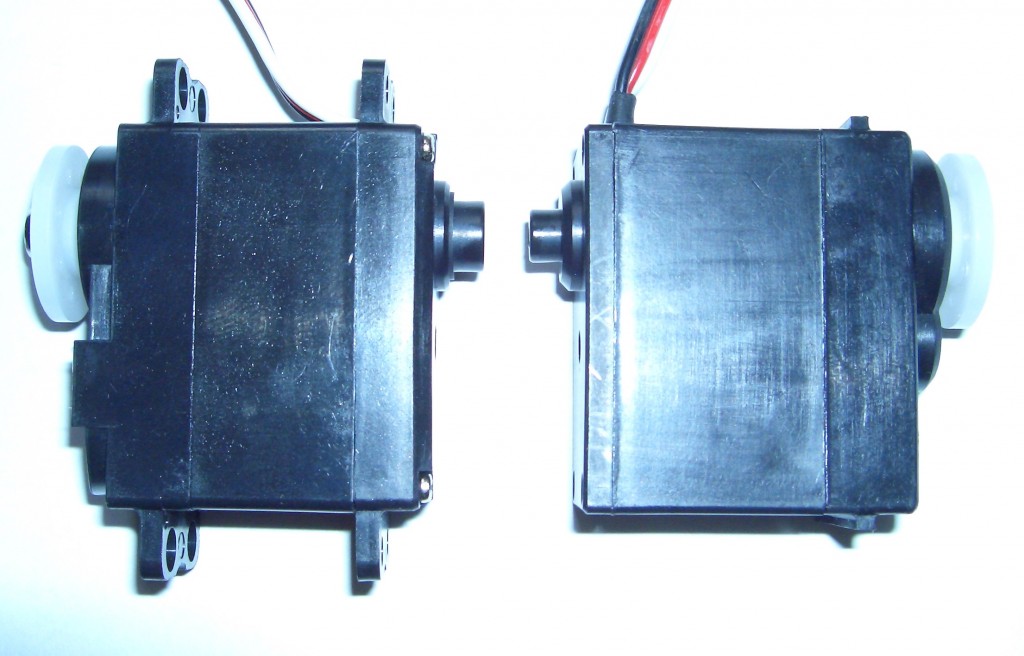 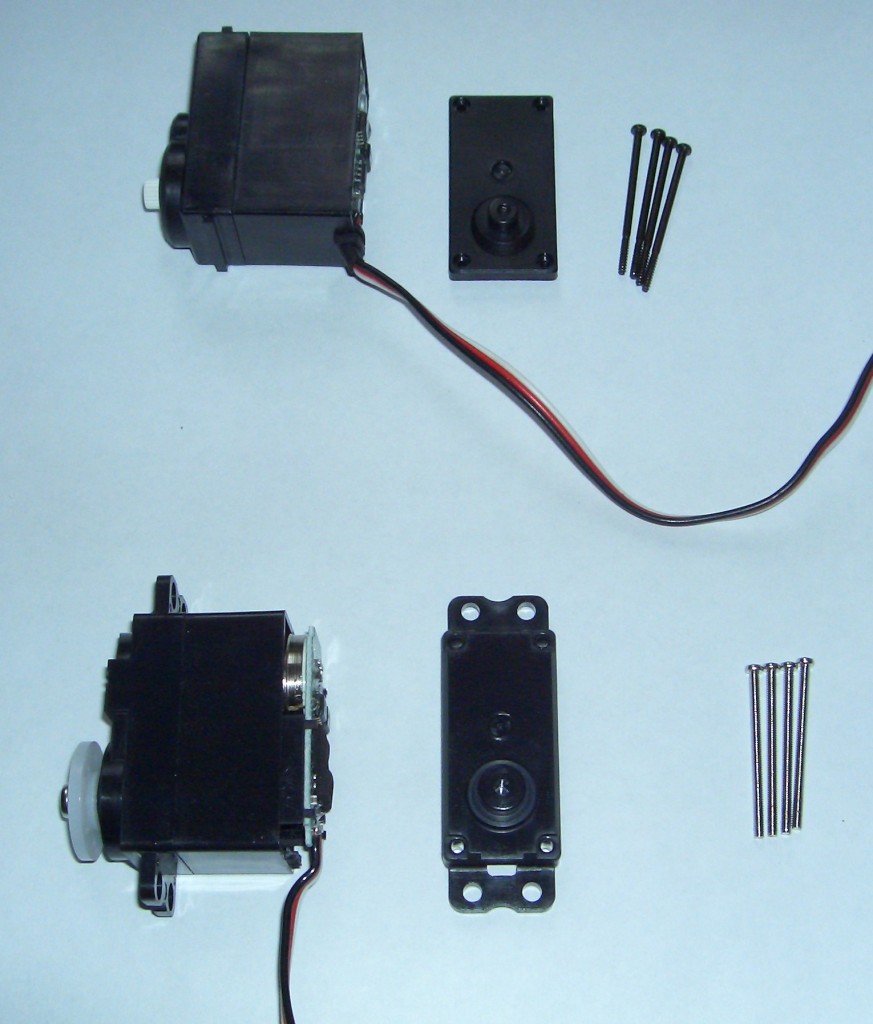 Then we put away: the original back of the KRS2350 the original screws of the KRS786.This is what is left over, now add my “KRS2350 passive hone extender”. It is a folded piece of aluminium to ensure the same height as KRS786 and to protect the inside of the KRS2350: 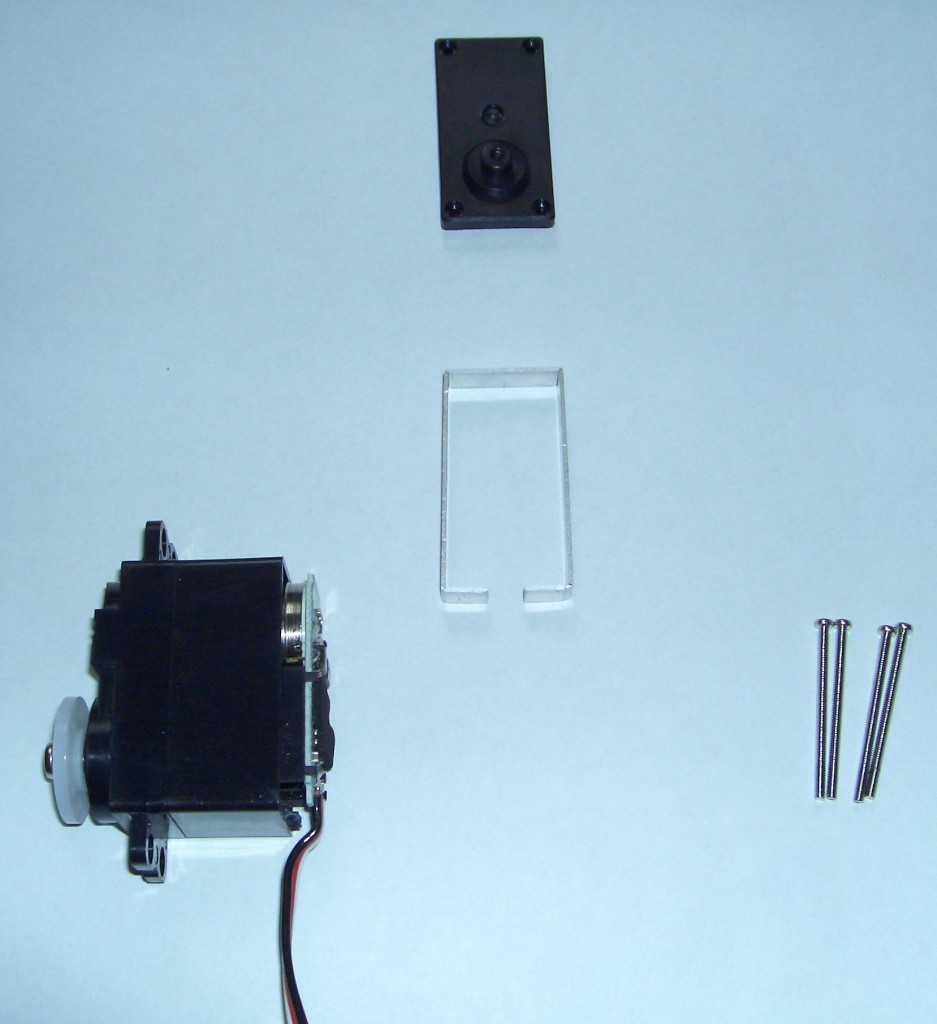 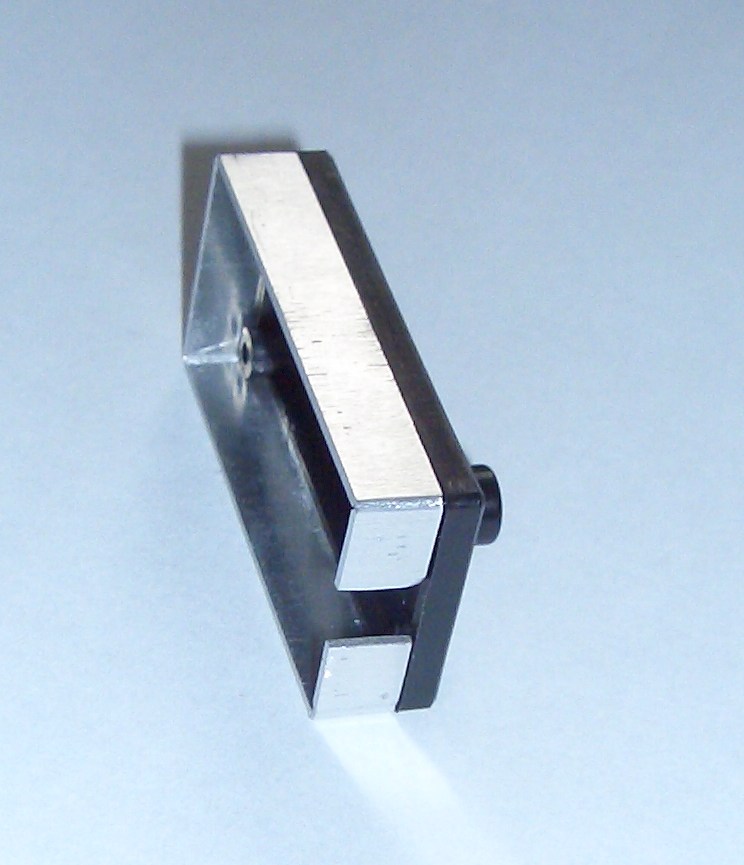 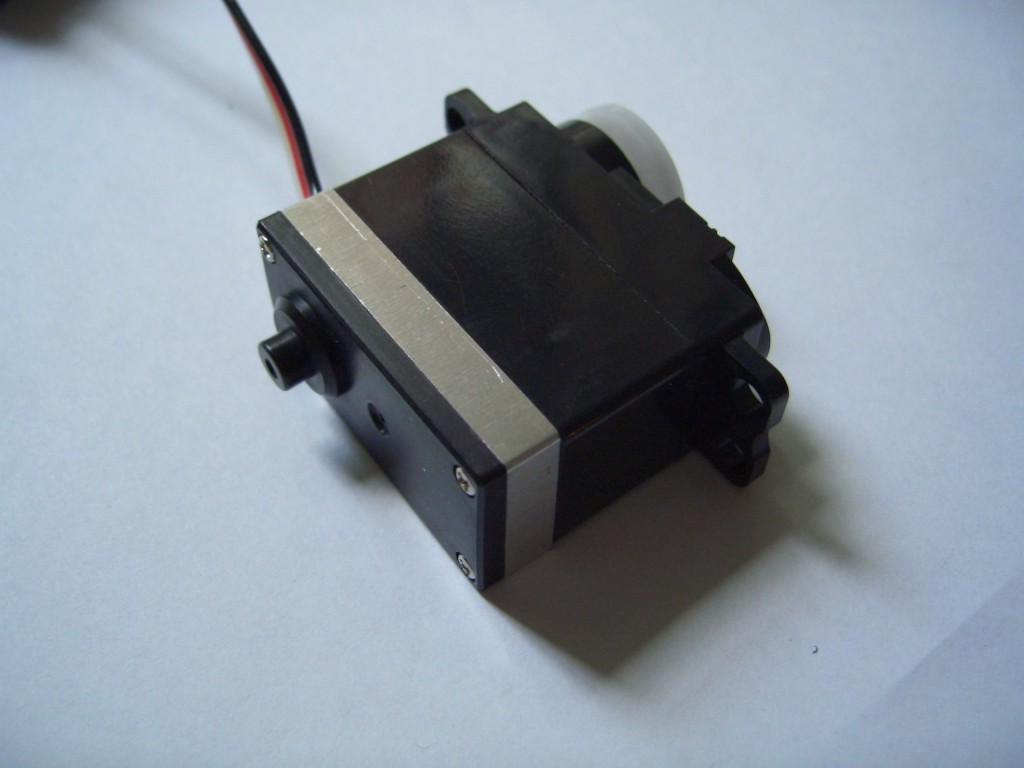 That’s it. The plastic parts to the left and right can be sewed off. (Remark: There is a special “knee enforcement kit” which I came up with later, to mount this kit two of these plastic parts may not being sewed off) At most places they can stay as they are, they do not interfere with the KHR-1 structure. (Remark: so you could leave them as they are if they do not interfere with the aluminium structure. Be careful, they might touch cables because spacing is now reduced to a minimum).

Now you can mount this guy wherever you like in the KHR-1! I wonder who has done it before? I did hear about BreDoBrother Robosoccer team using a KRS2350 Servo for the knees of their robot. Do you know other people having done strong servo mods for the KHR-1?

I have just made a small “strong leg” demo. The standard KHR-1 was modified with a new Chestplate and 7 servos of KRS-2350 all on the right leg and both hips (in the Chest). No care had been taken about cables, home position. I used the pose read in function of H2H and assembled some poses standing on his right leg and balancing heavily with his full weight on one or some joints. I did not care about beautiness or smoothness of servo transitions. I paused the movements at each step, this causes a bit of shaking but gives more time to look at it.

It works very well, battery drain is not percieved faster than before. I guess this mod is very useful for kicking and walking stairs and ramps. Also it might be good for some new tricks. He could carry a high payload now. Will try this later. 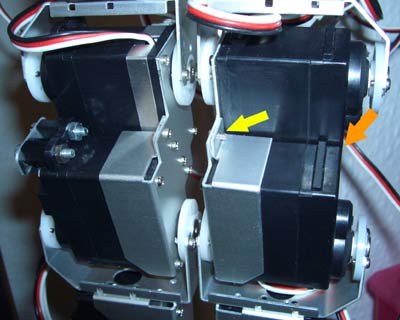 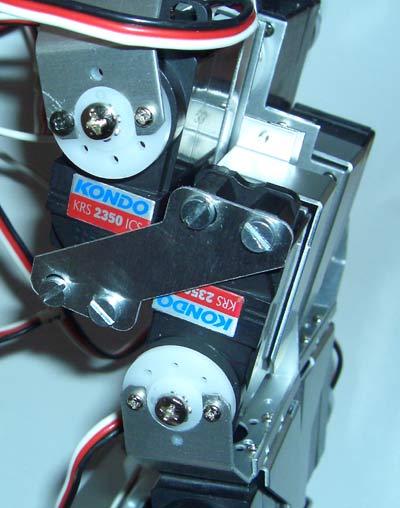 A final note to this project: The modification took me about 1 month and was done in June/July 2006. The KHR-1 Steelpump has now a place on my shelf and waits to be reused if I ever have time again.