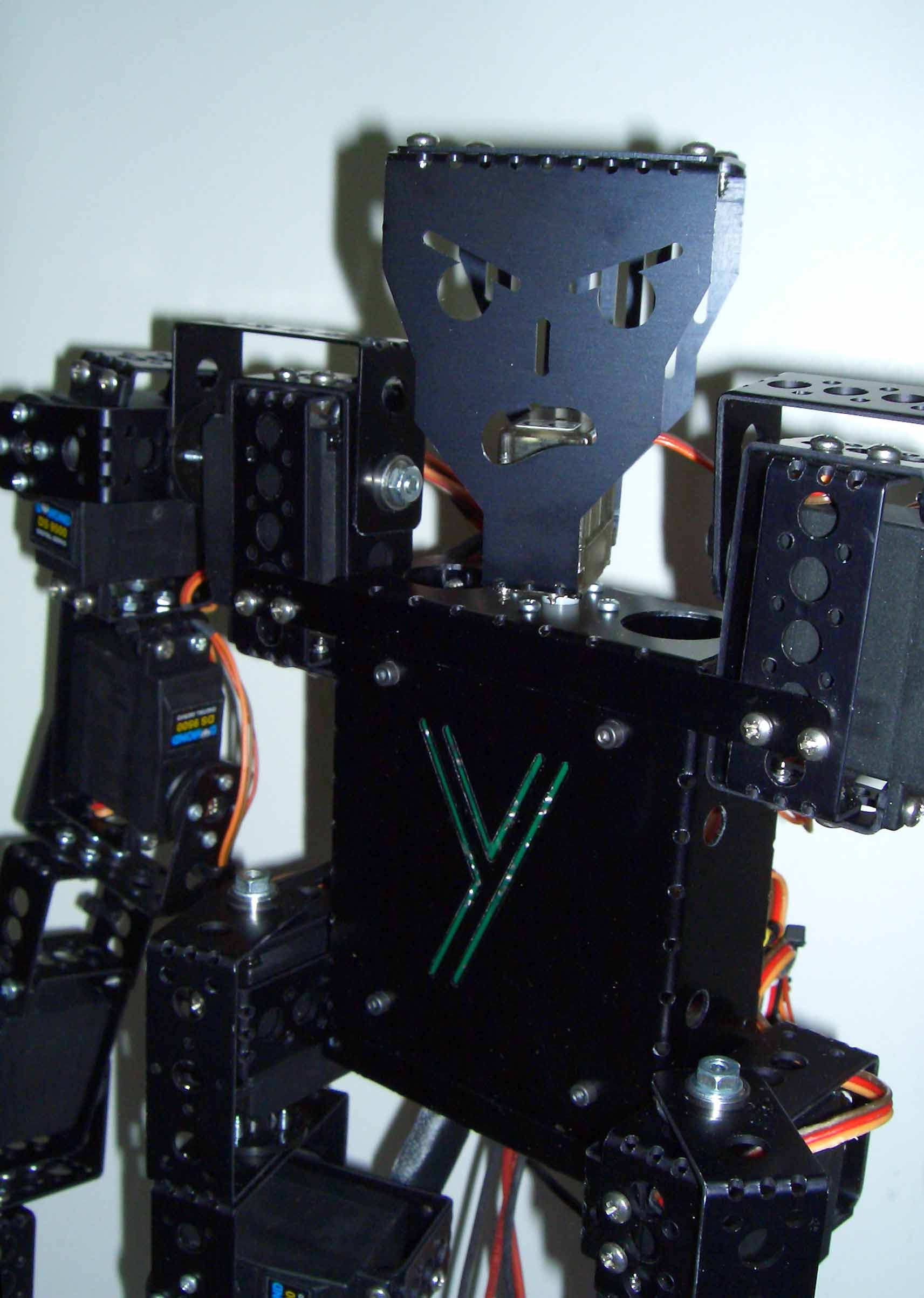 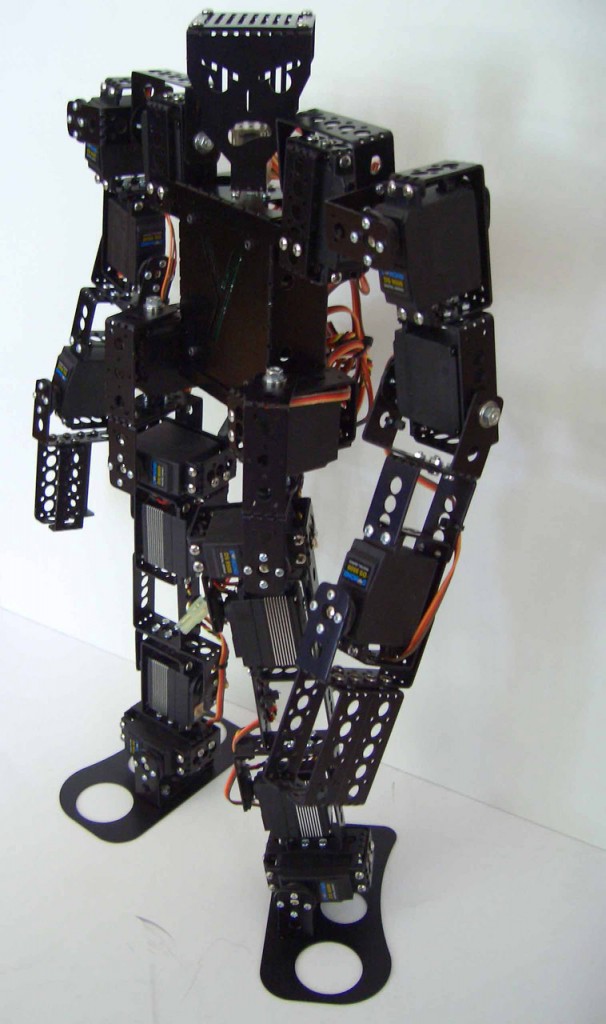 Project summary:
YDNA-1 (Why DNA) is a biped and uses custom built brackets by noDNA. To save cost it uses Dymond DS9500 digital servos, no intelligence, just a Lynxmotion SSC-32 servo controller.
Project was realized in September to November 2006, most of time was consumed by the bracket design and CNC milling on our small machine which took about 20 minutes per part. I did build 3 pototypes actually, here seen is the final 3rd prototype. All parts have been anodized in black to make him look cool… 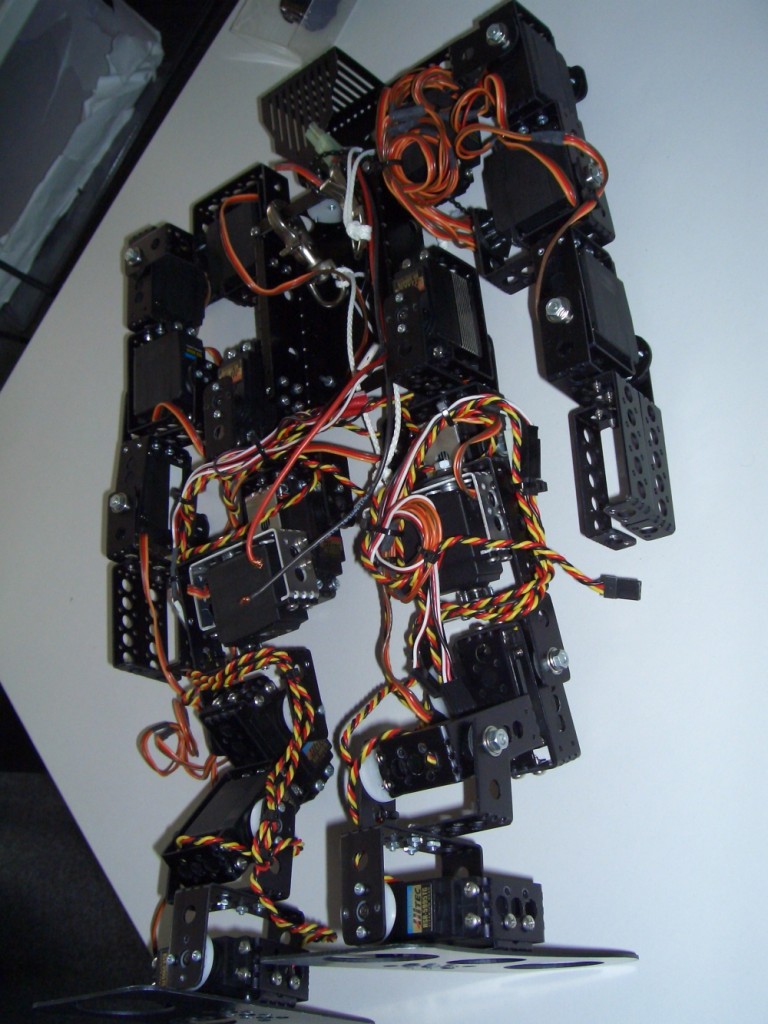 Servo brackets:
All servo brackets have been designed on noDNAs CNC mill. We used 1mm Aluminium and carefully designed all brackets to fit exactly to the Dymond servos and to provide ball bearings on all brackets. The bracket design uses a lot of weight saving holes without sacrificing stability.Brackets have been bent on a small custom bent table and anodized to harden them and make them look cool. 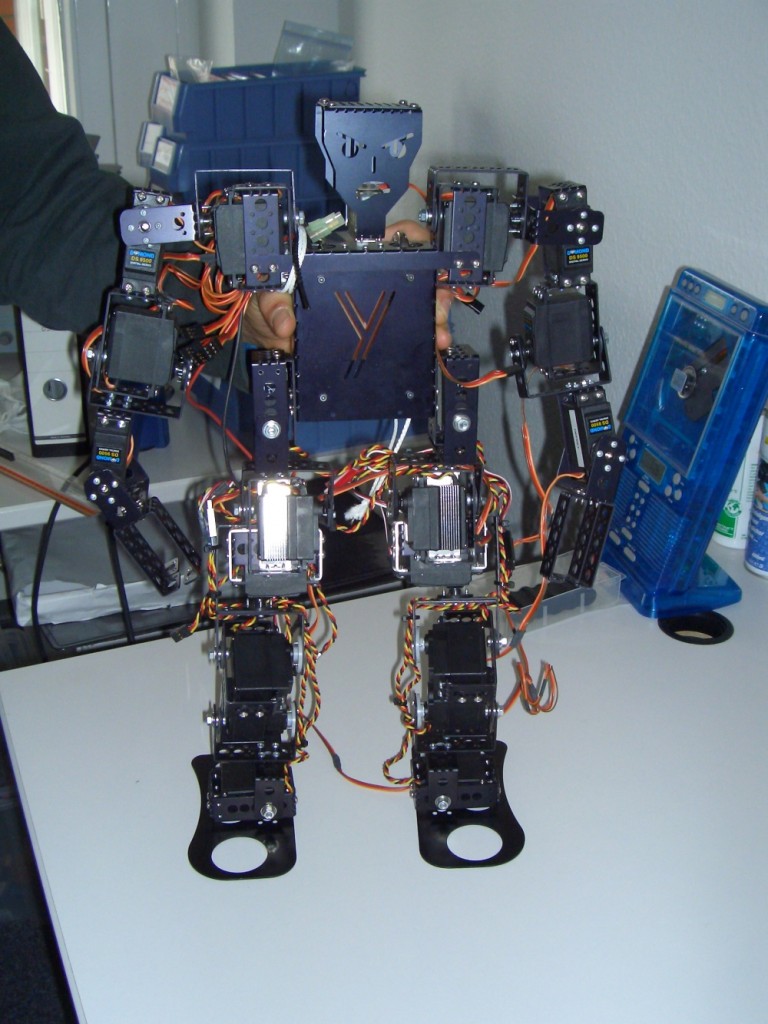 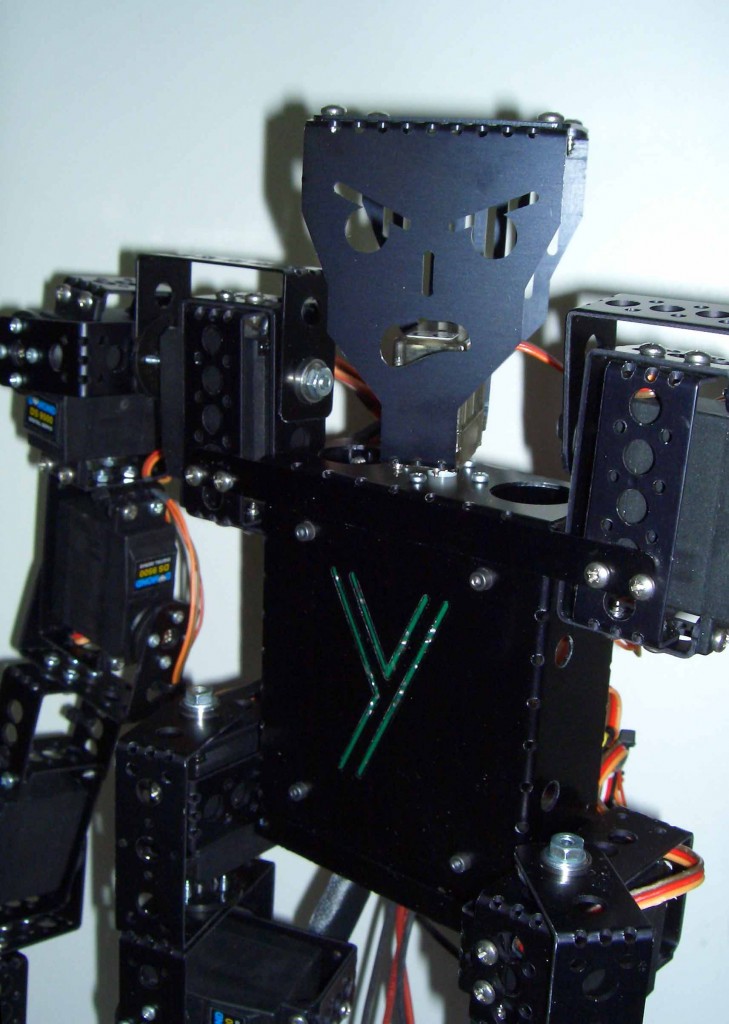 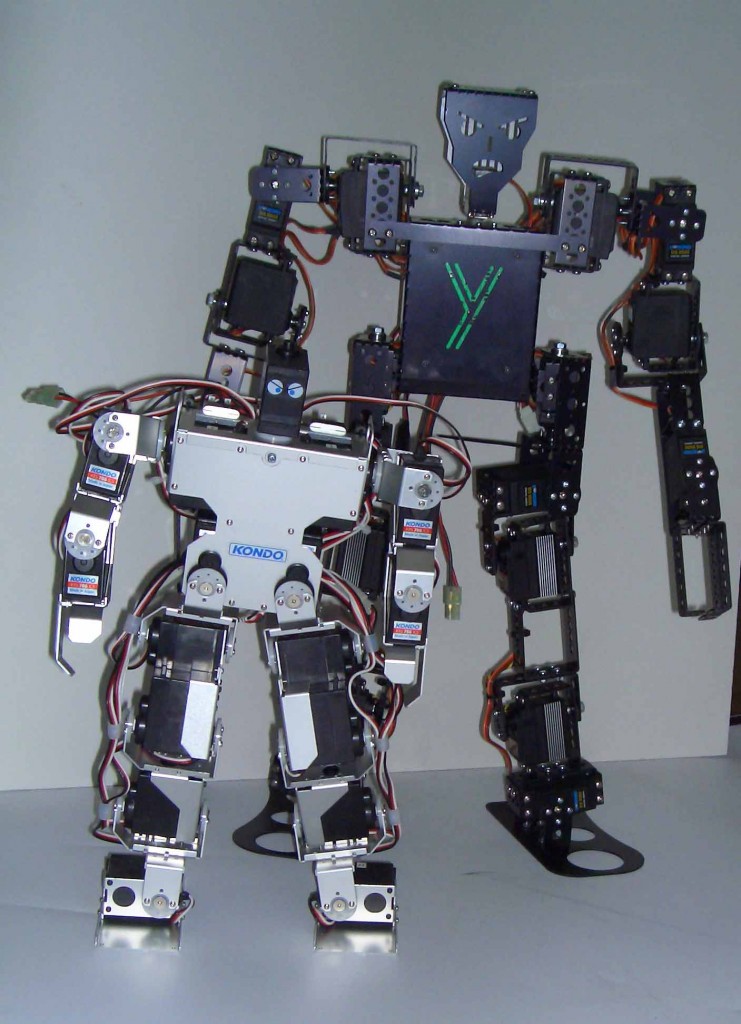